I have no idea what brought about this craving, but one afternoon about a week ago I had the urge to make chicken fried steak. The thing is, I'm not sure I've ever had chicken fried steak. It certainly isn't a dish I've ever made before or had at a friend or family member's house. Southern cooking, other than the occasional cornbread (and chili, if that's considered southern), just isn't in my food routine. I may have ordered the dish on a whim years ago at a chain restaurant such as Cracker Barrel, but I honestly don't remember.

Anyway, I had a nice piece of sirloin which I had intended to use to make beef with broccoli, but I just wasn't in the mood for that. After a quick Google search, I decided upon a recipe from The Pioneer Woman and one from Alton Brown. Essentially, I followed the Alton Brown recipe but applied Ree's method of battering the meat.

Fantastic gravy! I'd never made a white gravy until now and will definitely make it again. (The only gravy I'd made before is my caramelized onion-balsamic gravy that I serve with turkey.) Pounding the meat was fun, though a meat mallet would have worked a lot better than my rolling pin. Pan-frying wasn't nearly as intimidating as I thought it would be. The only real negative was a slightly oily crust, which was due to the double batter method from the Pioneer Woman and my not keeping my oil the right temperature. My husband gave it a thumbs up and I enjoyed leftovers the next day. 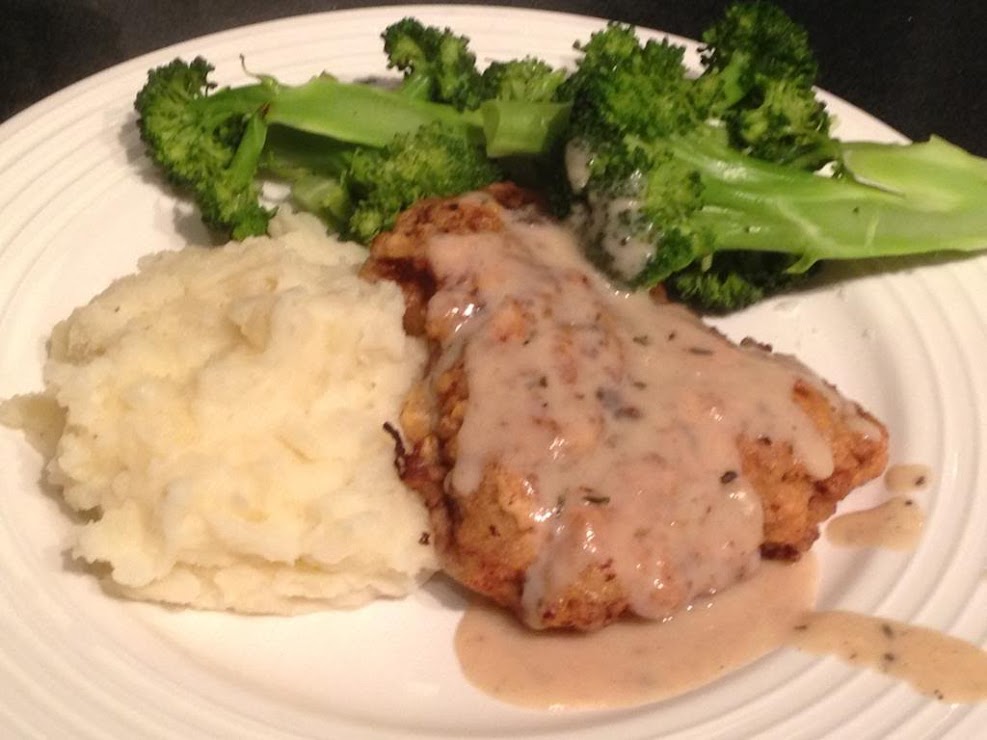 Cut steaks into 8-10 portions. I only had about 1.5 lbs of meat so I cut roughly 6 four-ounce pieces. Pound meat evenly to a height of 1/4". Sprinkle with salt and pepper.

Whisk about a teaspoon of salt, 1/2 teaspoon of pepper, and 1/2 teaspoon of dried thyme with 1 cup of flour. Set up an assembly line and dredge meat first in flour, then in egg, and then again in flour. If you're more proficient that I am at pan-frying, do one more round in the egg and flour. Allow meat to rest for 10-15 minutes before frying.

In a heavy skillet, heat the oil over medium-high heat until it's shimmery. Test it with a pinch of flour which should sizzle immediately when it hits the oil. Fry steaks about 4 minutes per side until golden brown. Be careful not the overcrowd the pan which will cause the oil temperature to plummet and your breading to become greasy.

Allow meat to drain a bit on a rack and rest while you make the gravy. 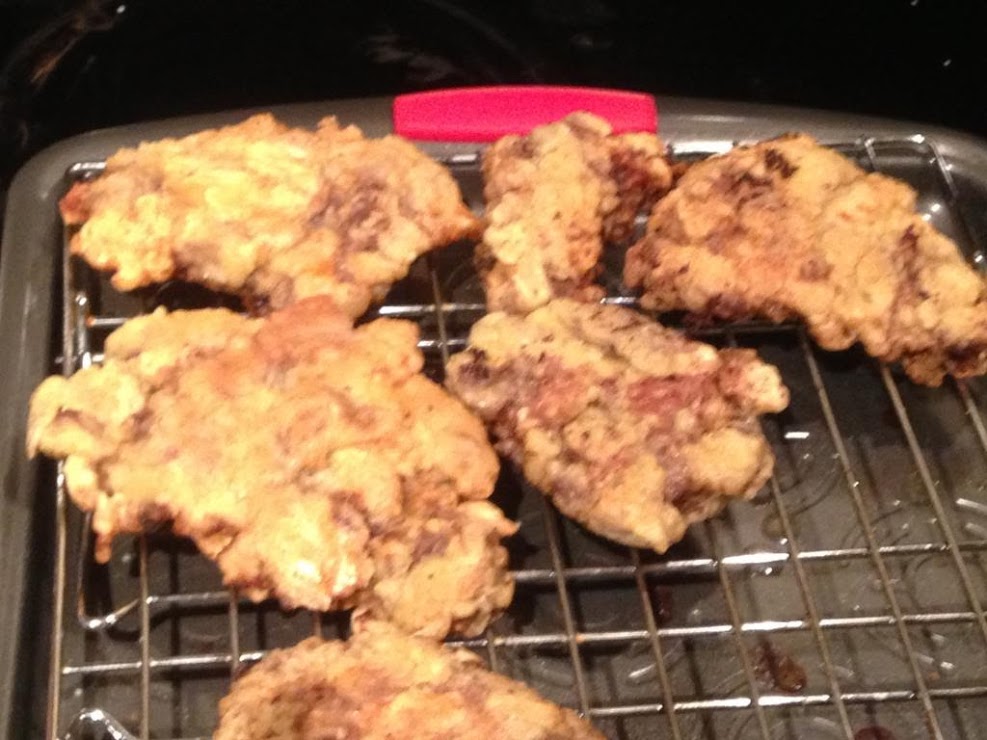 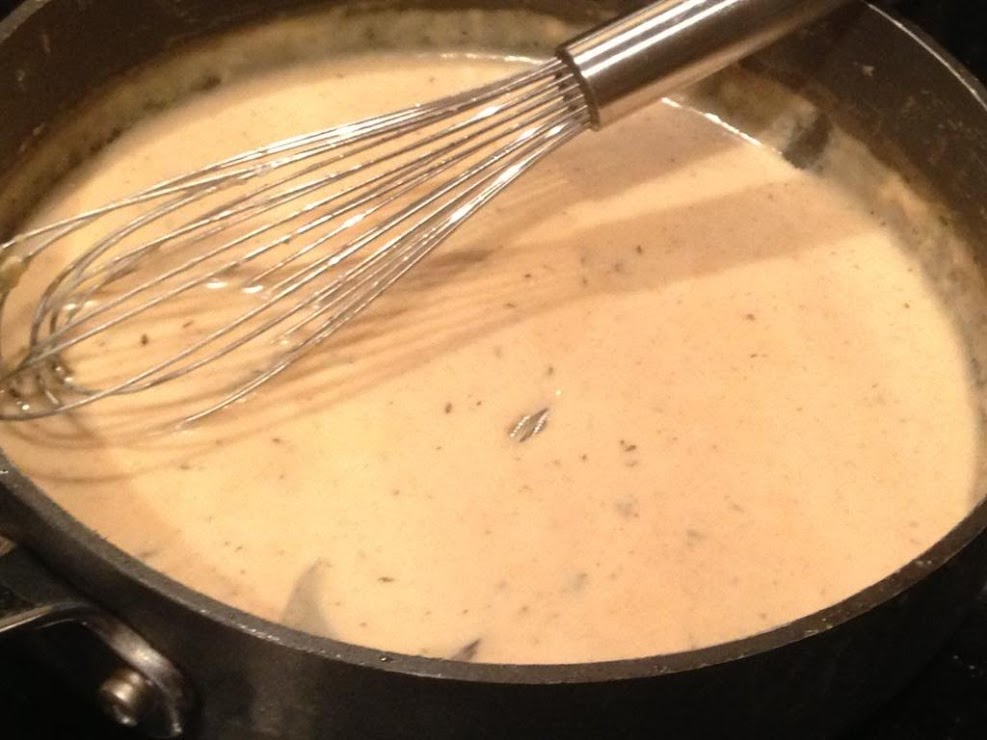